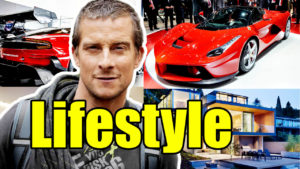 Grylls was born in donaghadee, county down, northern ireland. he grew up in donaghadee till the age of 4, whilst his family moved to bembridge at the isle of wight.

He is the son of conservative politician sir michael grylls and female sarah grylls. grylls has one sibling, an elder sister, lara fawcett, who gave him the nickname ‘bear’ while he become a week old.

From an early age, he learned to climb and sail with his father, who was a member of the celebrated royal yacht squadron. as a youngster, he learned to skydive and earned a 2d dan black belt in shotokan karate. he speaks english, spanish, and french. he is anglican, and has described his faith as the “backbone” in his lifestyles.

In august 2015, grylls left his young son, jesse, on saint tudwal’s island alongside the north wales coast, as the tide approached, leaving him to be rescued by the rnli as part of their weekly practice missions. jesse became unharmed, even though the rnli later criticised him for the stunt, pronouncing its group “had not preferred” that a child might be worried.

Grylls was educated at eaton residence, ludgrove college and eton university, wherein he helped start its first mountaineering membership. he studied spanish and german on the university of west of england and at birkbeck, college of london, in which he graduated with a 2:2 bachelor’s degree, received element-time, in hispanic research in 2002.

After leaving faculty, grylls in brief hiked in the himalayan mountains of sikkim and west bengal. from 1994–1997, he served within the british navy with 21 sas as a trooper trained in unarmed fight, wilderness and winter struggle, survival, mountain climbing, parachuting, and explosives. becoming a survival instructor, he changed into two times published to north africa. his time within the sas ended because the end result of a free fall parachuting accident the year earlier than in kenya, whilst his parachute failed to open.

He is Northern Irish adventurer.

Grylls’ first book, Facing Up (UK) The Kid Who Climbed Everest (US).